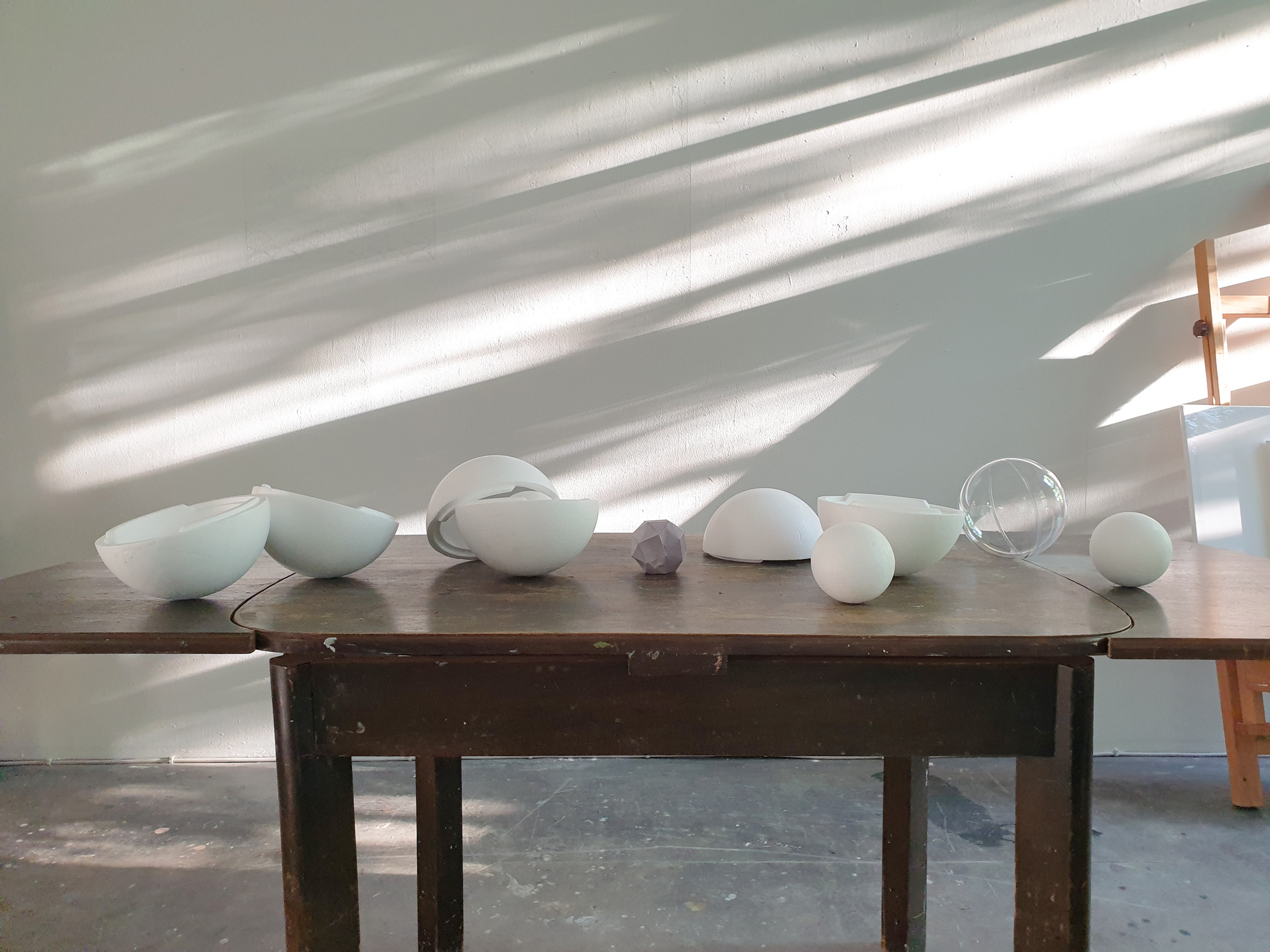 In spring 2021 slideedge.io was selected as one of four projects to receive a research grant from the Light Art Residency by Stiftung Bösenberg at Künstlerhaus Meinersen.

The three-month residency in Meinersen, a small town in Lower Saxony, Germany, started with a media day to announce the artist and the project to the public. Several local newspapers were onsite to conduct interviews, and the social media for the project was launched.

The first part of the residency focused on foundational research, exploring conceptual and technical questions of the project: How can particle physics be used to create a virtual layer? What technologies can be used to artistically express this virtual layer? What scientific phenomenon will be useful to explore further? As a starting point, quantum mechanics, quantum field theory and the standard model of particle physics were investigated to learn more about the individual forces and particles at hand, their relationships with each other and how they can be artistically transformed. Of particular interest were simulations of particle collisions, quantum eigenstates and atomic orbitals.

To bring this research to life, a human-size hexagonal prototype made from wood in combination with steel strings and styrofoam spheres was built to test shapes, sizes, materials and basic functionality.

After initial testing with Augmented Reality showed technical limitations with object detection, the prototype was refined to include image detection, which was more simple and reliable. Replacing styrofoam spheres with a custom-built mechanism that allowed for a sliding motion provided more accurate and stable tracking results.

This was a critical breakthrough as the sliding component with accurate tracking is a cornerstone to the concept of the artwork. Using the Unity game engine, a test scene was created that enabled the augmented interaction with the prototype. Here, simple 3d objects are being placed on the trackables and connections between them are established, demonstrating the proof-of-concept.

A presentation of the project’s progress in mid-July concluded the residency. Invited members and friends of Künstlerhaus Meinersen e.V and Stiftung Bösenberg came for a brief live demonstration of the prototype as well as to see and hear an overview of the artistic research.

Special thanks to Irmgard and Dirk Bösenberg from the Bösenberg Foundation for the generous invitation as well as to chairman Andreas Schuster, artistic director Jochen Weise, and Rienelt Walkhoff of Künstlerhaus Meinersen e.V. for their kind support during the stay.